Introduction to the Philippines

[country name]The Republic of the Philippines. 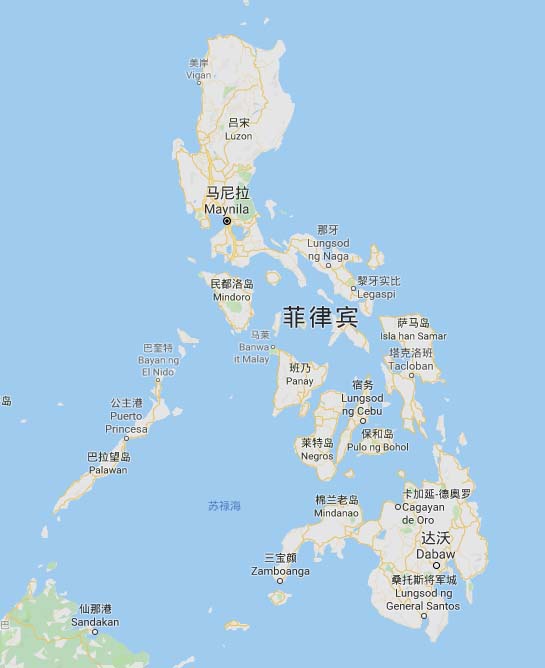 [population] 198 million (August 2015). Malays make up more than 85% of the country's population, and others include Tagalus, Ilois, Bandya, Visaya and Bikol. Ethnic minorities and descendants of foreign origin are Chinese, Arabs, Indians, Spaniards and Americans. And a small number of aborigines. There are more than 70 languages. Mandarin is Filipino based on Tagalog and English is the official language. About 85% of the people believe in Catholicism, 4.9% believe in Islam, a few believe in independent religion and Protestantism, most of the Chinese believe in Buddhism, and most of the aborigines believe in primitive religions.

[profile] is located in southeastern Asia. The bus Strait is far from Taiwan Province of China, south and southwest across the Sulawesi Sea and Barabak Strait with Indonesia and Malaysia, west by the South China Sea and east by the Pacific Ocean. There are more than 7000 large and small islands, of which 11 major islands, such as Luzon, Mindanao and Samar, account for 96 per cent of the country's total area. The coastline is about 18533 kilometers long. A monsoon rainforest climate, high temperature and rain, high humidity, many typhoons. The average annual temperature is 27 ℃ and the annual precipitation is 2000-3000 mm.

[politics] implement a presidential system. The President is the head of State, head of Government and Commander-in-Chief of the Armed Forces. President Duterte advocated the fight against crime, drugs and corruption, vigorously engaged in the fight against terrorism, restored the trust and confidence of the people in the government, and engaged in dialogue with the Communist Party of the Philippines, the Moro Islamic Liberation Front and other organizations in the south. Promote national unity and national reconciliation. With the exception of terrorism and separatist activities in the southern region, the political situation in the Philippines is generally stable。